A social intranet for the fastest growing hotel chain, which promotes communication within the company and replaces emails and telephone calls by making information available at all times.

Who is B&B Hotels? 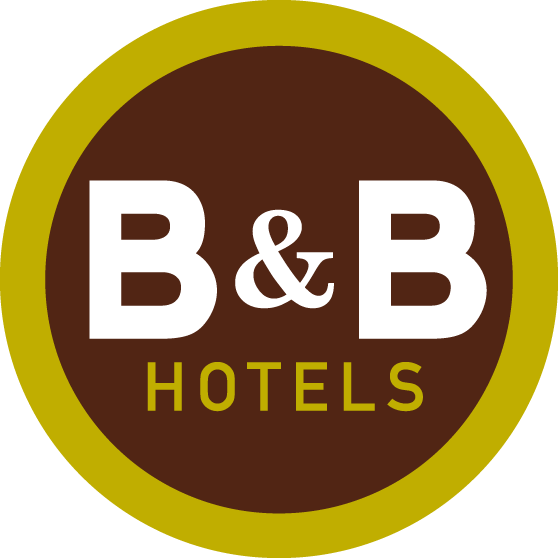 The hotel chain B&B Hotels operates 600 hotels in 14 European countries, 160 of which are located in Germany. B&B Hotels is considered one of the most innovative hotel chains in the budget sector and promises its guests a uniformly high standard at favorable conditions – following their “Only For Everyone” principle.

Why did B&B Hotels look for a new intranet solution?

The journey began with an analysis of the status quo. Before the introduction of the Linchpin Intranet Suite, B&B Hotels was using an outdated intranet, which was hardly known within the company and was not maintained. In addition, many emails were written and it was not uncommon to pick up the phone. The problem here: due to decentralized distribution of information, it wasn’t clear whether any information is up-to-date and in most cases the only way to check was to make arrangements by phone. In addition, the company had an unclear folder structure featuring many files, which also led to a lot of back and forth in internal communication. On top of that, some information was only available in paper form.

The University of Vienna has to face the same challenge as all other organizations – to learn to deal with the overwhelming demands of everything new during ages that are constantly in motion. Thus, it is necessary to address people who are afraid of change and want things to stay the same. On the other hand, it is also necessary to address those employees who can devote a great deal of energy to change processes and are eager to test, try out and use new things.

To achieve the goal of balancing the two workflows in the company, the University of Vienna opted for Atlassian tools and Linchpin, along with a Linchpin implementation project that was closely managed by Seibert Media.

What our colleagues have reported back to us immediately within the first, yes, sometimes even hours: Many are very excited and look forward to the fact that we now finally have a tool in which we all can communicate with each other. And the fact that it’s called ‘Lobby’, like in our hotels, where the lobby is our central focal point for the guests! Everyone is really looking forward to it and is very excited to see where ‘Lobby’ will actually take us in the future. And I think, as a hotel, it’s also quite exciting to got an own section where employees can also exchange ideas with each other, where no one from the head office is actually talking in between.

What were the requirements for the new intranet?

B&B Hotels started by planning how the future intranet should work. The goal was to improve the exchange of information, to make it more targeted and to move away from one-to-one communication to many-to-many communication. Since B&B Hotels are available to guests every day, the system should of course also be up to date and available at all times – even on Sundays and holidays. Instead of spending a lot of time clicking through emails, waiting for phone calls or answers in countless other systems, information should be available when it is needed. Accordingly, a central platform was desired where all the company’s documentation & knowledge could be accessed at any time and from anywhere. With the help of various workshops, B&B Hotels first developed a sensible menu structure and then considered which Linchpin functions should actually be incorporated into the system.

B&B Hotels evaluated several tools; Linchpin was ultimately chosen for several reasons. The Linchpin Suite scored first for its good integration with existing systems. Jira and Confluence were already in use at B&B Hotels, so Linchpin could fit seamlessly into the system landscape. In addition, B&B Hotels asked themselves which solutions had already been successfully implemented in other companies. Linchpin already had a good record of customer success stories, which B&B Hotels then actually used to access the experience of other companies and apply it to their own situation. These points ultimately convinced B&B Hotels to rely on Linchpin Suite as the new, enterprise-wide intranet solution in their growth phase.

How did the Go-Live of the new system go?

B&B Hotels preferred to take their time for preparation – with the support of Seibert Media, the go-live could then be implemented rather quickly. First, an intensive planning phase took place in which every department could participate. This allowed the departments to learn together and from each other. Responsibilities were then divided into the core team and the content creation team. The latter ensured that Linchpin was filled with information prior to the launch, in order to provide a start to a lively system and make a good first impression. This gave all colleagues the opportunity to get to know Linchpin from the beginning of the process, before it could even go live. Along an intensive checklist for going live with Linchpin, B&B Hotels worked through the tasks one by one. Support in form of how-to articles, first-step guides and the opportunity to ask questions via help desk also ensured a smooth start with the new system. In the meantime, the so-called “Lobby Meet and Greet” also took place regularly, where colleagues could learn more about the system. During the rollout, Linchpin was configured as the start page in everyone’s browser, so that every hotel arrived directly at their new digital home when they booted up their work devices in the morning. With a precise plan in place, the technical changeover could also be carried out swiftly. To ensure this, the first question asked was “What exactly would be needed on the day of go-live?”. The result? Very impressive! B&B Hotels proved with a go-live in just under two hours that good planning pays off! Thanks to the content that had already been prepared, employees were able to put the new social intranet through its paces right away and start familiarizing themselves with it.

How was the system received?

After just a few hours, the project team received its first feedback regarding the new intranet system. Immediately, many colleagues were very enthusiastic and pleased that, finally, a tool that allows everyone to communicate with each other was in use. The employees were eager to see where Linchpin will take them in the future. They also liked the fact that each hotel has its own individual section in the new system, where information can be exchanged without outside influence. In general, Linchpin has created communication between all hotels at B&B Hotels, from the head office to each individual hotel, in which not only business matters are exchanged, but also carpooling opportunities can be sought and old treasures from the cellar can be exchanged.

Is the information relevant and helpful?

Thank you for the positive feedback!

Thank you. All feedback is important to us.

Thank you. Your extra feedback is important to us.

Help us to improve:

We’d love to hear from you

Linchpin is developed by //SEIBERT/MEDIA

Thanks for your feedback